Martin Haller exclusively in an interview for GREYCORTEX

In the header of your blog there’s written “In the head of a Network Administrator: Thoughts, ideas, insights” – that brings up a question: what have you been dealing with in terms of security at your clients in the past few months?

That’s a pretty good question. I’ve been thinking about changing the header recently into something in the sense of “IT security lies in thorough and honest work”, which corresponds the most with what we come across during audits in companies.
IT departments often try to do “rocket science”. They consider advanced and expensive technologies, such as sandboxing and SIEM, skipping basic and simple concepts. For instance, they update servers twice a year, they use just a few passwords (as they haven’t adopted a password manager), they administer everything under the domain admin account and they haven’t performed a test disaster recovery from backup yet.
Don’t get me wrong. Sandboxing and SIEM are really useful technologies. It’s just that they belong to “add-on” technologies, and it’s necessary to get the network tidy first – get to know it inside out, be aware of all devices, setup the firewall and antivirus correctly. Basically, it’s important to focus first on activities that will contribute to security the most with the least effort.

You mention sophisticated attacks and chaotic arrangement of the infrastructure – what kind of impact might they have on organizations and companies? And what risks do you as an expert link with them?

When investigating attacks, I’m often taken aback by how fast the attackers manage to perform a “lateral movement”. It’s the stage of attacks in which attackers have a device under control, and they attempt to extend it to as much of the network as possible. In many cases they manage within a few hours. For example, in one case they managed to get a backdoor to a Director’s PA’s computer using spear-phishing. On Friday night they connected to it and within three hours they took over the domain administrator account and took control of the whole network. That’s a very short time and it’s really difficult for a company without 24/7 network security monitoring to react in time.
It's critical to invest more time in securing the internal network to make “lateral movement” harder for the attackers and get time to detect and stop them.
Most administrators I meet put all their effort into protecting the “perimeter”. They see the security black and white – the Internet’s full of the bad, while the internal network seems safe to them. That’s a pity as the perimeter’s usually very well secured and the extra time invested has little effect. On the other hand, the internal network tends to be neglected security-wise, so every single day spent securing it is noticeable.

I understand there’s not a single correct approach that would protect all users. In your opinion, though, is there a “must” for the companies to protect their data nowadays? Something that’s changed in this respect in the past 10 years, e.g. new technologies or tools?

The thing is that security will probably never be 100 %. There will always be some zero-day vulnerabilities, human errors, and it won’t be possible to apply all security technologies (e.g. they won’t be compatible with business requirements). That’s why every company should have an efficient back-up system, resistant to hacker attacks. Thanks to that they’ll be able to get their data back without having to pay a ransom.
The development of the cloud and fast Internet has helped a lot in this area. It’s possible to make off-site backups in the cloud for a reasonable price, where the backups are protected against deleting (thanks to snapshotting, i.e. preserving a state of the storage where backups are located to a particular point in time) and natural disasters.
That doesn’t mean, though, that it isn’t necessary to deal with security anymore. A successful attack still means a downtime for days or weeks for companies as well as the risk of making their private data public.

So, it’s not just about eliminating the causes, but prevention – it’s clear that as an expert on IT security you often face misunderstanding from budget holders. What arguments or real-life cases do you use at such moments?

Exactly, the prevention is paramount. It’s cheaper to prevent problems than to deal with their consequences. Thanks to the media attention paid to the recent cyber attacks (on hospitals) the budget holders now realize the need to deal with security. The money is there. The issue is its effective allocation. Almost every IT company now “does” security. There’re also a lot of vendors of security SW / HW solutions. Security’s not a commodity, though, and the quality of individual solutions differs diametrically. The price isn’t a reliable indicator, either. Our strategy is to educate the public in the area of security. And we want Czech companies and institutions to have good security.

So far, the year 2020 seems to be a year full of changes and the need to be prepared even for the most unbelievable moments, which applies to cyberattacks, too. After all, some may be considered more likely a target than others. For example, in the USA there’ll be the presidential election, the Olympics in Tokyo (postponed to 2021), the world economics has shaken due to the coronavirus, and a lot of companies “go online”, which poses enormous risk in itself. Are there any other events or circumstances this year that, in your opinion, may carry a higher risk of attack?

Talking about the Olympics, I’ve read an article about a cyberattack on the 2018 Winter Olympics in PyeongChang, South Korea. It was a very interesting and sophisticated attack which didn’t turn into a fiasco only thanks to a coincidence and a bit of luck. I definitely recommend reading “The Untold Story of the 2018 Olympics Cyberattack, the Most Deceptive Hack in History”.
It’s hard to say whether companies “going online” will have any influence on cybercrime. Most companies were already ready for home office and remote work. On the other hand, there are still a lot of companies on the market that are only about to modernize and digitize their processes. Due to the lack of IT people on the market, it’s possible that some implementations of changes won’t be done very thoroughly.

Given the direction hacker attacks have taken recently – where do you see the future of security tools?

Good question. Apart from imposing restrictions, it’s also crucial to have an overview of your network. That’s the only way how to recognize that the “restrictions” have been overcome and there’s an intruder in the network. Systems such as IDS / IPS will help you with that, as well as honeypots, network traffic analyzers, or SIEM systems. The choice of the system depends on the needs and possibilities of each company, though.
Apart from an early warning about a network issue, the systems are also necessary for backward incident investigation. With their help, it’s possible to find out how far the attackers got, which accounts and devices were compromised, which techniques and programs they used during the attack, which data they took out, how long the network was compromised, or the intrusion vector (the route of the attack). Without such systems the investigation of attacks is strenuous and inaccurate. Especially nowadays, when ransomware groups not only encrypt the data, but also steal parts of it and subsequently publish it (unless paid), such systems are needed more than ever before. Without them it’s almost impossible to find out whether any of your data got stolen during the attack, or not.
Due to the decreasing price of network analyzers, their constant debugging, and the increasing importance of IT, I expect their adoption to grow. These technologies have a very good price / performance ratio. 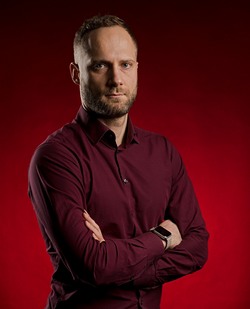 Martin Haller is a co-owner of PATRON-IT and a technician with all his heart. He specializes in cyber security and has experience as an ethical hacker. He believes it’s necessary to be able to break the network first in order to secure it well. On his blog martinhaller.cz he shares updates from the field of IT security as well as his own real-life insights. He also runs his own YouTube channel – you’ll find there e.g. what a webcam attack looks like.